The print media in Malaysia is very much similar to other countries in the region. However, there are some significant differences in the landscape in that Malaysia has a very multi-cultural and 4 major languages.

To say the least, Malaysia’s tri-lingual background makes the print media a lot more challenging than other countries. As such, this platform has faced many hurdles and issues over the past 20 years in which it has to compete not only within itself but with other media as well. The introduction of social media has not helped this industry much either. However, the print media industry has weathered all the obstacles and today, print media is still very much demanded.

Newspapers in Malaysia are categorized based on their languages. There are in general 4 major languages in Malaysia which mean there are 4 major types of readers. Within these categories, they have their own sub-segments as well. They include:

The newspapers listed above does not cover all that is available in Malaysia. Besides language-based papers, there are some titles that are targeted to a specific market. This includes New Sabah Times which is published for the Kadazan-Dusun people in Sabah and Utusan Borneo in East Malaysia. Meanwhile, there are other titles that are more specialized and targeted namely:

Unlike newspapers, magazines are very different. This is because magazines target a small group of readers depending on their interest areas. There are about 400 over magazine titles operating in Malaysia. They all fall under categories and titles such as:

It must be noted that most, if not all the magazine titles in Malaysia are published as single-language. This means that the target market is a lot smaller as they will cater to those who are interested in the area and then to the language community of that particular group.

The advertising landscape for magazines has changed as much as how it is with newspapers. Readers today are more selective with what they read especially with more resources available online and more so with the advent of video advertising. As such, the potential has reduced in this landscape although brand owners are still using magazines to reach their target segment is based on the area of interest, using compelling content and attractive covers.

Advertising on Chinese and Tamil Newspapers 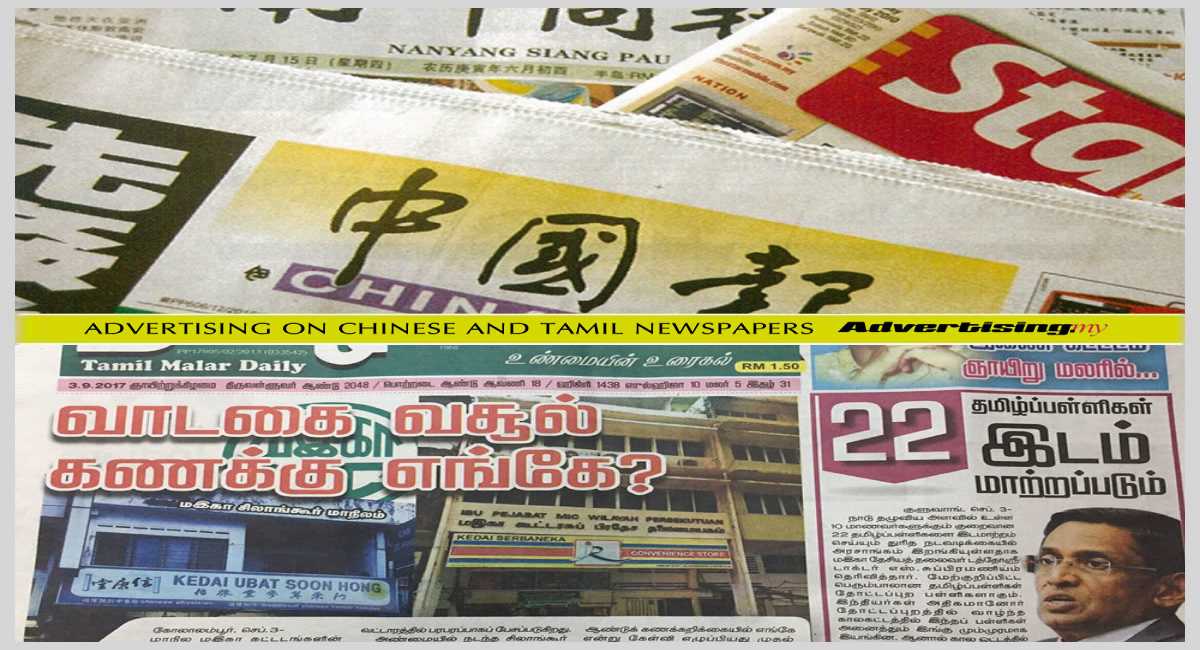 Chinese and Tamil newspapers are available across Malaysia as they make up 2 of the 3 major communities. While Bahasa Malaysia and English newspapers

Advertising on English and BM Newspapers

Advertising on newspaper in Malaysia is one of the most active and popular methods among marketers and brand owners. This is despite the fact that the

Perhaps the most controversial newspaper in the country, Utusan Malaysia has also one of the highest readership numbers in Malaysia. Widely circulate

One of Malaysia’s major Bahasa Malaysia daily is Berita Harian. It is a newspaper which is available throughout the week from Mondays to Saturdays wit

China Press is a broadsheet format newspaper owned by The China Press Berhad. This newspaper is available across the country and is one which is alway

Thestar Advertising Rates The Star is undeniably Malaysia’s most read English Language daily. There are 2 main versions of the newspaper which is The

The Sun is an English Language daily newspaper which is published and distributed for free in the Klang Valley. It is the first national free newspape

The Malaysian Insider is one of the latest online newspapers in the country. It is update as and when the event happens and was founded in 2008. Known

THE Malay Mail is one of the oldest English Language newspapers in Malaysia. It was founded in 1896 and was formerly part of the NSTP (New Straits Tim