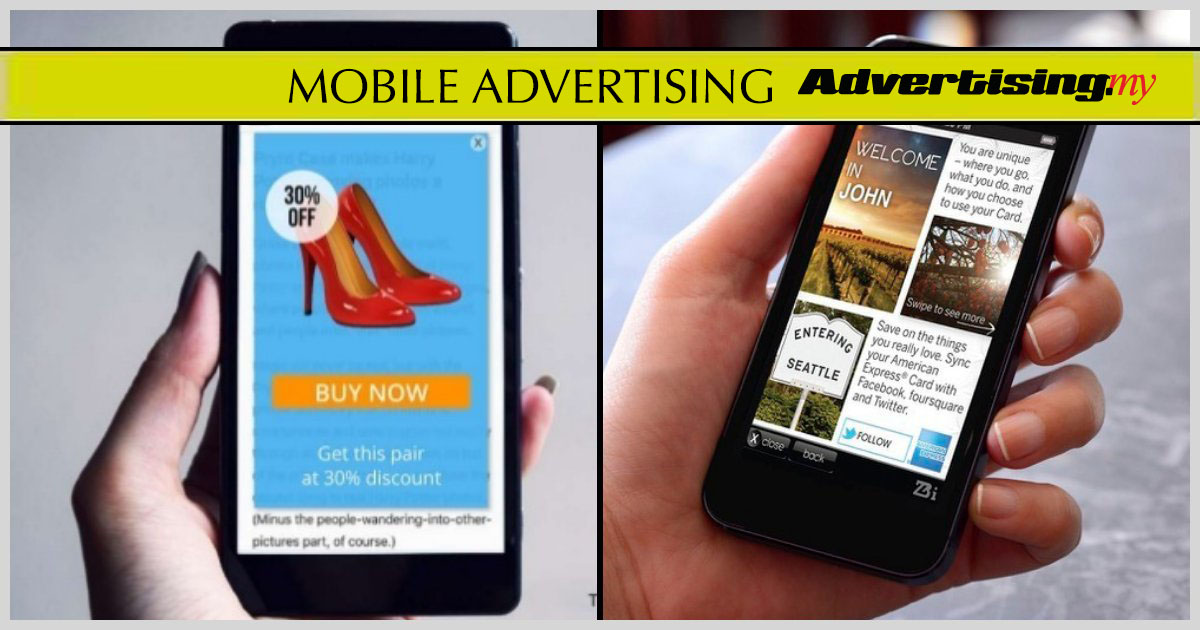 According to Out There Media, an international specialist in mobile advertising, Malaysia is on course to become a major player in the Asian Pacific region in the mobile advertising business. It was reported that Malaysia’s mobile penetration rate in 2014 was at 124%, way higher than the Southeast Asia’s regional average.

The mobile market in Malaysia has been growing very competitive and this had surpassed that of averages of both the global and regional areas. In fact, with these figures, Malaysia is playing a major role in driving the market demand not only with Malaysia but within the surrounding region too.

The ARPU (Average Revenue Per Unit) of the mobile advertising sector in Malaysia is RM45 as reported by Mobile Monday. Kerstin Trikalitis, the CEO and co-founder of Out There Media Asia Pacific said that brands would be riding on the mobile advertising bandwagon with most of Malaysian consumers going into mobile technology.

She also said that with brands like Maxis, Celcom and DiGi banking on mobile advertising, more brands would be following suit and they would most likely be looking into the Social, Local and Mobile (SoLoMo) models respectively.
This was very evident during the 2013-2015 years when local telcos were competing neck-to-neck on press ads. Each day, there were at least 3 full paged, coloured ads from the 3 major players. Colour played a crucial role then as each telco was directly associated with a color where Maxis was green, Digi was yellow and Celcom was blue. U Mobile would then join in the market with their bright orange identity.

More from the mobile players

Marketers would have to consider mobile advertising as part of their campaigns and not just a stand-alone strategy anymore. The Malaysian market is part of the group that include the Philippines and Indonesia where mobile advertising is used by marketers to reach out to their target market to drive purchase over the internet. The e-commerce market is one which cannot be underestimated as it is known to worth billions of dollars.

This is where online shopping site Zalora reached much success in the Philippines where the managed to achieve a response rate of 7.2% among its customers after engaging in a dialogue. Since then, Zalora has been joined by several other e-commerce based businesses like Lazada, MySale and 11th Street. These players have already upped the competition by targeting customers not only on through websites but had already ventured into mobile apps as well.