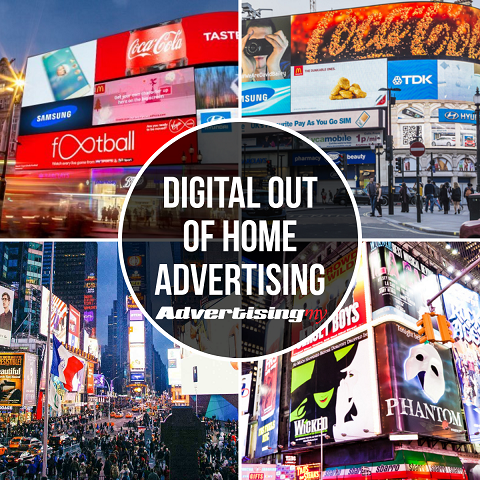 OOH or Out-of-Home media is perhaps one of the most exciting platforms for advertising in recent years. There is a broad range of media available in this platform which has provided advertisers and brand owners more options and new opportunities for advertising.

Through this platform, it changed the way brand owners are advertising their products and services mainly because of the diminishing popularity of traditional media like TV and Radio. This is further compounded by the more competitive scenario of new media like social networks and digital platforms.

One of the main ideas behind OOH media is that advertisers can now become more innovative and creative in their campaigns. Using OOH media is very different from traditional media because this is not confined by certain shapes or measurements. As such, advertisers are able to explore different opportunities and designs.

What is so attractive about OOH Media?

One of the main attraction about OOH Media is that it gets a lot of traction and viewership. Whether it is static or digital billboards, more than 90% of the adult population in Malaysia have noticed these media in one way or another. It has been recorded that about 90% of Malaysian above 18 years old have used transportation whether it is on public roads or on trains.

This becomes all the more significant where the average time spent exposed to OOH media is more than 20 hours weekly. In this context, it must be noted that billboards are the most noticeable. In fact, more than half those traveling on public transportation have seen a billboard at one time or another. Among the popular types of OOH media includes:

There are several major players in the OOH market with many other smaller ones. Throughout 2013 to 2015, there were about 370 media owners that offer all types of media spaces ranging from billboards to LED boards, gantry to print and many others. Collectively, these players offer about 17 platforms in total.

Meanwhile, there are more than 16,000 sites across the country and this has been rising steadily in that 3 years. In terms of advertising expenditure, OOH has recorded one of the most impressive records among other media forms. In 2013, it was around RM600,000 and then it increased to about RM850,000 a year later. The biggest jump would be in 2015 when it doubled from 2013 into RM1.2 million.