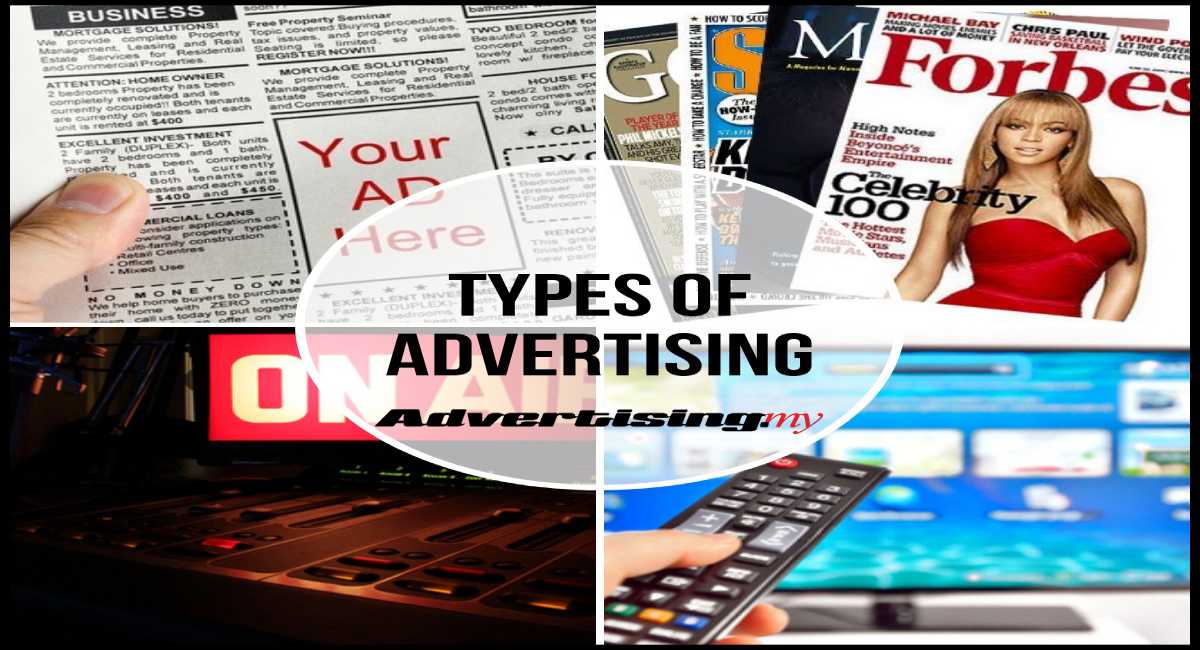 There are various types of advertising in all types of media available in the world and more importantly in Malaysia. one of the most commonly seen advertising would be print advertising. This would usually come in the form of publications like newspapers, magazines, brochures, leaflets and such. perhaps one of the most common media around due to the fact that there are a lot of choices to select from, print advertising is considered to be one of the most effective because of the different genre that you can identify with who is reading what. It is the hardest media to plan also because of the wide array of choices. Newspaper advertising is the most common as they are seen and read everyday. Magazines on the other hand are less frequent, depending on who your target markets are, magazines are more specialized and more targeted because of its niche. For instance, to ensure that your advertisement is read by men, you will want to advertise in car and football magazines while if you are a cosmetic brand, you will most likely be advertising in women magazines. While these are the more common media, brochures and leaflets are also distributed to ensure further reach by companies.

Outdoor advertising is another media which are favoured by many. Coming in the form of kiosks, billboards and in some cases events and road shows, outdoor advertising is one of the most common ones you will come across. This is one of the more costly media as they involve a lot of planning and at times a long time to execute, especially LED Signage. While billboards and kiosks are one-off advertising, which means that you can select the location, provide the creatives and then it will be posted there for the duration of your lease. Road shows and events are a more tedious method. This usually involves a lot of planning, getting the manpower needed and then execution can cause sleepless nights especially prior to the event day. Kiosks are one of the more common media where you can provide information placed in shopping malls.

Broadcast Advertising is one that you will see and hear about everyday. It is one of the more popular media which is made up of various channels like television and radio. Television advertisements are one of the most common media that you will come across. With the advent of pay-per-view, television advertising has increased in popularity. The cost of advertising on television is high as compared to other media perhaps due to the high viewership. You will find that the peak time are usually the most expensive. The same goes for radio as the more the listeners, the higher its advertising rates will be.

Covert Advertising, or sometimes known as product placement, this type of media subtly place a product in the usual television programme or in movies. Examples are like the promotion of FedEx in the movie Cast Away starring Tom Hanks and notebook computer placed on the newscaster’s desk as they read the news everyday. The profile of covert advertising has risen very much in recent times perhaps due to the maturity of viewers and listeners who are less influenced by commercials alone.

Parallel Advertising is a form of advertising that has great impact and are usually carried out by companies whose products and services are not allowed to advertise on the mass media. This is a fast growing regulation where in countries like France and the United States who had banned products like alcohol and cigarettes in mass media advertising. Marlboro for instances sponsors the Formula 1 Ferrari team but would have to omit their brand name on the car when they race in France due to the laws there. But to ensure that their presence are not compromised, the red colour and white lines more or less subliminally promotes the their brand image.

Sponsorship advertising is considered one of the most expensive advertising mediums globally. This is where a company sponsors a sports personality or a soccer team by paying them a huge amount of money in promoting their products or services. The most common sponsorships are in club football in around the world. This is not a new media as the method has been implemented for many years. Brands like Sharp has sponsored big football teams like Manchester United for many years while Herbalife sponsors the American football team LA Galaxy. Such sponsorships means that the brand of the company is imprinted in the football jersey of the club, which whenever the team plays in the league, the brand name will appear in television sets all over the world. Another form of sponsorship is on specific sports personalities. Tiger Woods, the world’s top golfer is reportedly receiving millions of dollars in sponsorships every year promoting the brands of McDonald’s and Gillette globally.