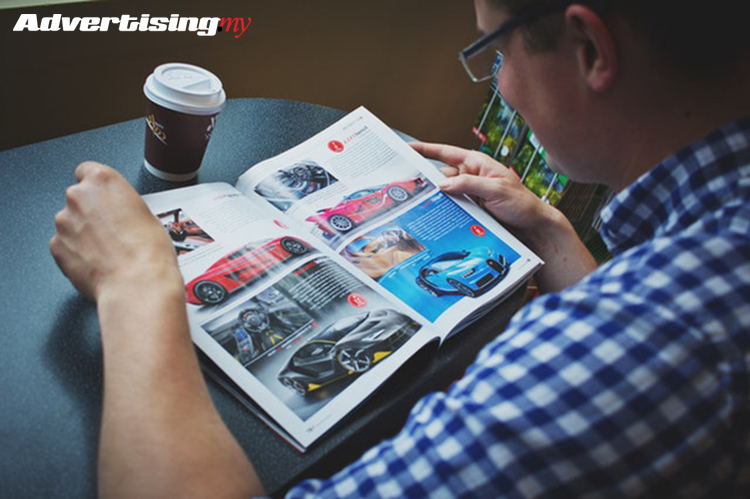 Magazine advertising has been on the rise in recent years despite the growing popularity of other platforms like digital and social media. Although regarded as one of the more ‘traditional’ media, it has its benefits, particularly for advertisers.

Magazines as a media

Unlike newspapers, magazines offer platforms that are more targeted. This simply means that by advertising on magazines, brand owners can now choose who they want to reach. How it works really is that magazines are designed to offer (in most cases) a single theme or subject matter. The readers who read these titles are those who would have a specific preference of the subject matter. This is a stark contrast as compared to newspapers which are more meant for the mass market. This would also mean that the circulation would naturally be a lot lower than newspapers.

Where this is concerned, newspaper circulation would usually go into the 6 digit numbers while it would be a far cry for magazines which would only be in the low 5-figure brackets.

To understand how advertising in magazines work, the costing of producing a title must first be understood. In the past, magazines rely fully on circulation. This would then be used as the selling point for selling media spaces. The more established titles will have the circulation numbers verified through organizations like ABC (Audit Bureau of Circulations) to better their advertising opportunities.
In today’s environment, the game-plan has changed considerably. Magazine titles are now more inclusive of other media.

A lot has been said and discussed about offering content from magazines through the digital platform. This is because there has been a growing fear that readers will start depending fully on digital content instead of printed titles. As such, magazine owners have started incorporating more integration into their content.

This includes offering mobile apps which can be used to complement their printed counterparts. Readers now get more than just content. They are able to read and enjoy a better experience as they can now view more pictures, text and even videos. In fact, publishers now have to use more engaging and inclusive experience for its readers. In fact, most of all the magazine titles today are mobile ready.

What’s the way ahead?

Magazine publishers will now have to make a firm decision in order to move forward. This means that while the market is getting more competitive, they have new opportunities as well. Having a clear vision in moving forward would make a big difference to how the competition will spice up. The fast changing landscape makes it all the more exciting. Magazine publishers need to accept these changes and move forward.

One of the biggest challenges that magazine have to face in recent years come from both external and within its own market. While magazines are known to be more targeted and focused, newspapers have been heading into a similar direction. This is where newspapers are offering special pullouts on certain days of the week. This is where there is a special segment solely on cars, beauty or fashion.

Such an occurrence mean that magazines could well be losing a lot of ground as the frequency of publishing the titles are slower than newspapers. When this happens, the content published by the magazine might be obsolete by the time it hits the newsstands.

Another problem that magazines are facing is in circulation. While embracing the digital content platform might work, it seeks to encourage more readers to stop buying magazines but to read them online.

Between 2013 and 2015, there has been a lot of changes in the magazine industry. As an advertising medium, it has diminished in terms of revenue as compared to other media. Among the significant data of magazines include:

Major players in the magazine platform

There are several major players in the magazine publishing industry. Among them are:

These media owners carry many titles under their umbrella, often offering a variety of different themes and subjects to target different readers. Among them, Blu Inc is the market leader. In 2013, Blu Inc collectively commanded about 40% of the market share which has grown to close to 50 by 2015. Meanwhile, Group Majalah Karangkraf comes second with an average of 20% market share throughout the 3 years.

The Malaysian market is never short of magazine titles. There are all types of genre available that cover women, fashion, beauty, men, health, fitness, business and such. Among the hundreds of titles available, the women magazines are those that have the highest billing in terms of advertising revenue. Among them include:

Below the 3 titles mentioned, other titles are getting around RM5million and below each year.

Like every other form of media, advertising in magazines have its own set of regulations and policies. Most title has a generic set of guidelines that must be adhered to. This includes:

Most magazines come with standard formats which are common across all platforms. However, there are instances when certain advertisers would like to adopt a more unusual approach. This is when special considerations and arrangements can be made with the publisher. Besides that, the following formats are usually available:

In the last recorded number, women magazines have the highest number of titles in the magazine publishing industry. There are close to 90 women magazines in all languages published in Malaysia. Coming close are magazines that provide general interest, lifestyle and others which is about 70 titles. There are about 40 education and children magazines and about 35 professional and marketing titles.
Among the common titles of magazines in the various industries are: Malaysia Database Marketing Expert
Give Your Business A Pinterest Boost!