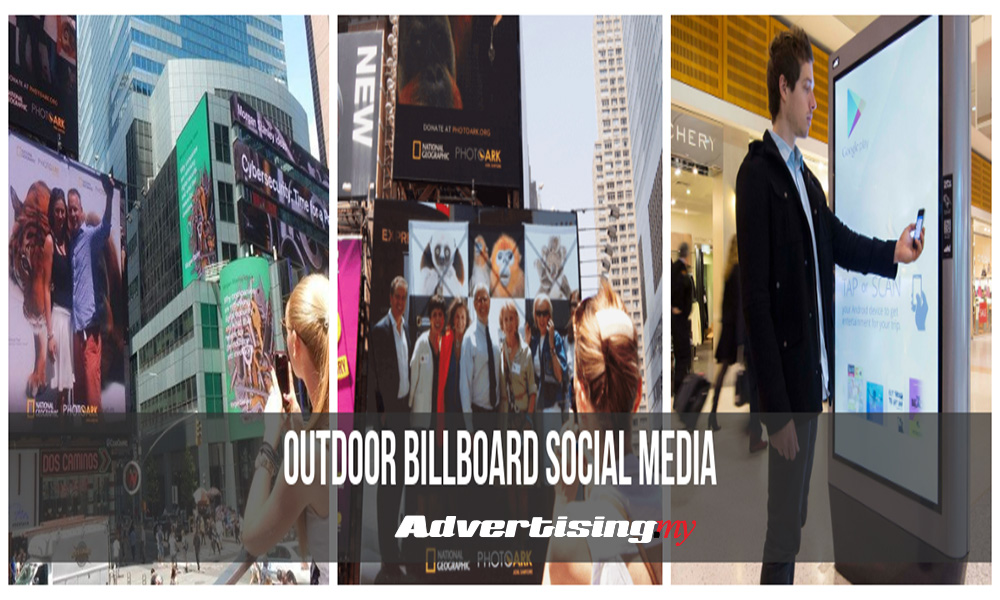 Billboard advertising, despite being a conventional media in advertising is now a major mover in the marketing and advertising industry. In the past 3 years, billboards have emerged as among the most widely used media for advertisers not only among brand owners but in the entertainment industry as well.

You would have seen billboard ads by major television channels and pay-per-view players like Netflix in the last 6 months or so. Billboards are very effective advertising channels because they serve as the first level of information.

Why billboard works with social media?

You want your billboard to be relevant. That is the line between success and failure. If you are billboard has the intended impact with your viewer, then half of your battle is won. This is how it works:

Take note: This strategy starts from a billboard which will then be integrated and extended to your social networks.

In any case, you must be aware that advertising on social networks are very popular and saturated. This simply means that you might have your competitors advertising in the same platform and are targeting your audience as well. You can spend millions on social network advertising and find yourself competing for the same space and time with your closest rivals.

On the other hand, you must consider physical advertising which although being regarded by many as being out-of-date and probably obsolete, still has its lustre. Think about it! If you are on billboards, you have some form of exclusivity in terms of location and target audience especially when it is meant for the people within the vicinity.

The trick here is to have a call-to-action that connect your viewer to your social network in one way or another. Once you have them in your site, your integrated campaign succeeds.